Filming on location requires a permit. I wasn’t entirely aware of that, but Nghi and Joy were. After we decided on the big toilet in Port Melbourne, I ended up responsible for liaising with the Council. Our location was in the City of Port Philip, so I checked out their website, and after a few clicks, I reached a film permit page. It seemed all very simple, a pdf application form, and a list of fees, but, for young film-makers, or projects with community benefits, the council offered a waiver, so filming was free. 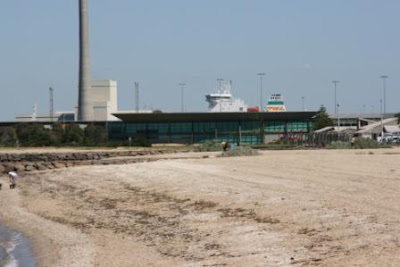 I rung the number attached, and had a lovely woman on the phone, who said everything sounded OK with our project, and I should send her all the paperwork about a month or three weeks before the intended shooting date. I sent a thrilled e-mail to Nghi and Joy, and set about drafting a text applying for the waiver, explaining how our project reflected the ethnic and sexual diversity that Port Philip prides itself on, etc. etc.

By the end of February, I filled in the whole application paper, scanned it, and sent it over to the person in charge at the council, excepting everything to run smoothly, only worried about our fee waiver – would we qualify, or would we have to pay about a thousand dollars altogether for accessing our public toilet?

I hadn’t received any news after about a week, and thought I should ring, if only to check everything had come through. No one answered at the land-line number, so I rung the mobile number attached, and the same person said everything still sounded OK, she just hadn’t had time to check our paperwork, as she’d been on leave or something. I asked about an extra day or evening on location, to rehearse. I had to send an email about it, which I did, and then I sat and waited again.

I gave another call at the end of that week, hoping I would get a confirmation. But I had called on the wrong day, she was not working full time, and I had to ring back on Tuesday. I sympathized, being a part-time civil servant myself. And I showered apologies upon her, imagining her as an all-powerful dragon gate-keeper who could stall our project altogether.

Still, I needed an answer, as our deadline approached, and Joy had to book equipment. I called again on a Tuesday, leaving a few messages, and then getting her on the phone. Unfortunately, she was ill, and not at work. On Friday, we had a call from the council. Our permit had been refused, a building manager had advised against it, and reasons were obscure: we would be blocking a public facility - but it's closed at night anyway - or residents on the other side of the road may find it annoying to see movements around a toilet at night - but we'd be shooting inside most of the time. Damn! How are we gonna do it? 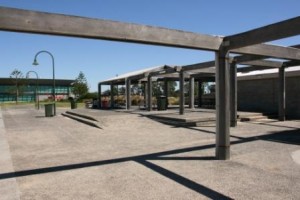 The film officer, however, was willing to help, and offered a few suggestions about other male toilets I could use. We bonded over a common rejection of residents ‘some of them, they will complain about anything, anything.’ Well, as annoyed as I was, I could have a bit of sympathy for this woman. After all, I had lost a location, but she had lost face, big time.

I set off on a wild exploration that afternoon, walking from South Melbourne Town Hall across St Vincent’s gardens and Gasworks all the way to Sandridge Beach. The Town Hall had been wrecked by the storm, and I couldn’t even walk up the stairs to see the toilet. The ones at St Vincent’s gardens, Gasworks, Lagoon reserve and Murphy reserve were all microscopic – are public toilets built especially to deter cruising, or what? But the one in Sandridge beach was just right. It was big, it was grey, it had a change room. 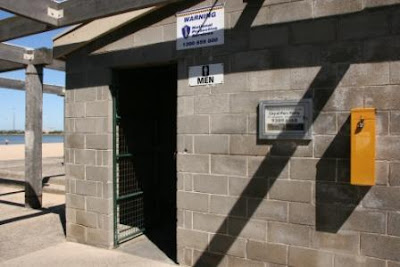 We did waste a bit of time over that incident. Steps have to be re-choreographed, and angles re-calculated. Another afternoon of storyboarding, an extra rehearsal, and we’re pushing the shooting back one week. We did gain a quieter location, a bigger change room, a few grills, and, who knows, a better film in the end?